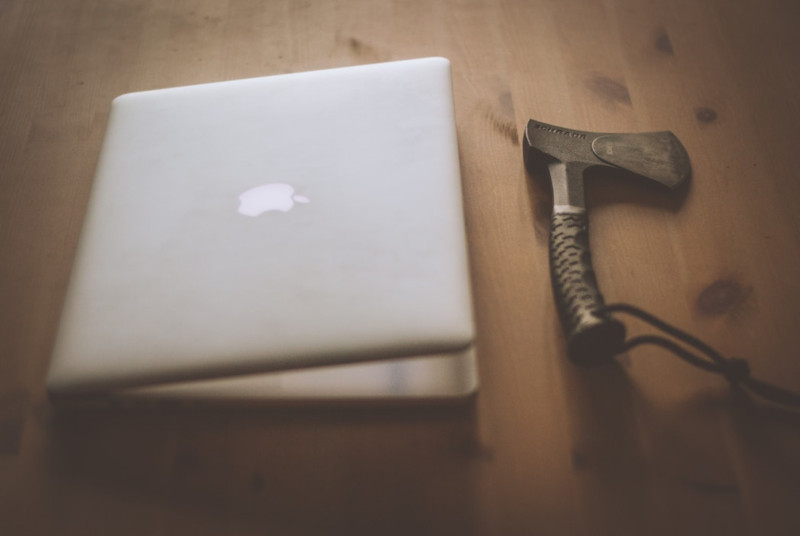 Having been invented by the Indians of the Algonquian descent several hundred years ago, nobody would have thought that tomahawk uses would have been vastly expanded nowadays and that it would become such an important tool in the arsenal of tactical warfare weaponry.

The tomahawk has been embraced not only by Native American warriors but also by survivalists, martial arts practitioners, in competitive sports, and even in the United States Army.

Even as tomahawks have become so popular among weapon enthusiasts, their uses have overtime transcended their initial design purpose which is: to take out the enemy! Tactical tomahawks are now overly popular with the civilians as they make use of it in many throwing competitions.

Why Should I Use a Tomahawk?

Basically, a tomahawk is a tool known for its versatility. Perhaps the same can be said for machetes as well. Although tomahawk uses are many, it might actually not be the ideal tool for every task, depending on how much force you need to deliver for chopping (for example).

Nonetheless, they are indisputable tools that are very easy to carry, and which can take on heavy-duty jobs such as chopping, cutting and splitting wood. After all, the Vikings used their axes both as building tools and as weapons.

Advantages of Learning How to Throw Tomahawks

Obviously, weapons combat and martial arts have quite a number of advantages. The benefits they portend include:

Fighting: You need to know you can count on yourself. Hand-to-hand to fighting is absolutely necessary, whether you’re a man or a woman. Weapons training, although optional, is a nice touch to boost your confidence. You don’t want to use deadly weapons in self-defense, only when your life is really at risk. Whether trouble comes your way or a fight erupts, you will know you can handle the situation. Your safety and security will be improved, and you’ll get to learn a better system of fighting.

Fitness: Axe throwing, tactical combat, and martial arts will not only make you stronger, but you will level up your endurance, strength, grit, and flexibility. These are of great benefit.

More Friends: One of the things that martial arts enrich is your social life. You will be more self-confident and have more friends. Like-minded people have common interests, share passions and hobbies, and are likely to get along.

How Throwing and Martial Arts Build Your Confidence

Martial arts have been found to be an activity that increases confidence. And no doubt, it will help you feel sure of yourself.

Weapons training is part of martial arts, and within the context, tomahawk uses are geared towards competition, fun, and self-defense. Here are other great benefits:

I think the most important aspect of learning a new skill is proving to yourself that you can learn and develop as a human being. No doubt, martial arts should be a part of your self-development plan, if you are serious about building confidence.

Knife fighting, axe throwing, and other types of weapons combat help you get in touch with your dangerous side. People often forget it’s there, and it comes up in nasty ways when they lose control over themselves.

The point of learning tomahawk skills is not to take out enemies, but to feel confident that you would be able to, in case of an attack.

Can I Use a Tomahawk For Self-Defense?

Yes, obviously. But it wouldn’t be my first choice! By the way, the tomahawk in this video is not a traditional model, rather a smaller, simplified kalihawk for hand-to-hand combat:

For obvious reasons, swords, spears, and axes have gotten a tad archaic. Even traditional tomahawks, although they remain an effective and useful tool in combat and self-defense.

Timing and speed are critical factors in a life or death situation, whether you are facing a human attacker or a wild animal. You won’t have the luxury of preparing to throw the tomahawk, and even if you did, I see a low probability of landing a critical hit. Moving targets are not the same as a fixed bulls-eye.

You will have to resort to using the tomahawk as a plain hatchet, which is not nearly as good as a sword.

So, the truth is that tomahawks are too heavy for fast, well-timed, defensive swings. They are generally known for their breaching capabilities, however, due to their excessive weight, they should not be your first choice for self-defense.

Knife and axe fighting is essential in self-defense and martial arts. This type of combat makes use of small, easy to handle hatchets and tomahawks, not mauls or felling axes. These are tools are for extreme situations.

It is worthy to note that tomahawk fighting is not the most effective system for self-defense, but it builds your confidence as a fighter. It completes your capabilities in all-things-combat related.

It is a martial arts concept which promotes the teaching of advanced tomahawk uses.

One concept worth understanding is that we do not exercise with a specific weapon, but instead we train with it. It helps us learn the moves, better understand distances and most importantly, improve our body mechanics.

Is Tomahawk the Best Tool for Outdoor Survival?

People are quite familiar with tactical knives, fixed blades, and EDC folders, but few have heard of the tomahawk. Let alone know something about what tomahawks are used for, their advantages over other tools.

Generally, it’s not the ideal tool for outdoor survival, although it’s a damn good one. Machetes and kukris show more promise in that area, I’m afraid.

A tomahawk is a great addition to your survival arsenal, in life or death situations. When things aren’t as tense, it’s an awesome way to have fun bashing beer cans and practicing your throws.

This small throwing axe can function as an outdoor survival tool because it can be used for entertainment, hunting, building a shelter, chopping wood. It’s a handy tool for protection, outdoors or in the woods – albeit not the best for these purposes. Alternatives to tomahawks include hatchets, machete, kukris and certain kinds of tactical knives.

For obvious reasons, the advantages and functions that tomahawks bring to the table cannot be under-emphasized. Its uses include the following.

For Military Special Purposes. Tactically, the tomahawk is used by the military for infiltrating and getting into enemy buildings. It is been used to breach windows and doors amidst situations where speed is required, where conditions don’t allow to mount an explosive and in tight corners. They’re also used for digging trenches and removing road obstacles when possible.

For Civilian Uses. The versatility of tomahawks made it quite popular among the civilians. It is easy-to-carry and it is good at chopping, cutting and splitting wood (depending on the model). A tomahawk is a good companion on the road. It’s a small, portable axe.

In Throwing Competitions. Nowadays, axe throwing competitions are popular. Tomahawks appear to be the most popular object for throwing sports because it’s quite difficult to develop a good aim. Remember, the axe is spinning – you need to plan your throw. The goal is to hit the bulls-eye from an entrenched distance while aiming at a round target with a 12-inches diameter.

Survival Uses. Tomahawk uses extend to survival situations which include the following:

1. Starting a Fire. Use it in the exact same way you would use a knife, to cut wood shavings, to start a fire by igniting a spark with a bow-drill. With a tomahawk, you can even create the bow-drill itself.

2. Cutting Wood for a Splint: When you get injured or sprain an ankle, you will need a splint. Why not create one using the basic tools you have at your disposal?

3. Snow or ice cutting: Imagine you are stranded in the snow and need a digging tool to remove snow from under the car tire, to get your car rolling. A small hatchet would be the perfect tool for the job. It’s exceptional at digging in the dirt, breaking ice, cleaning away snow and mud.

4. Defense weapon against predators: If you’re camping outdoors, then predators such as venomous snakes might muster the courage to creep into your surroundings. How will you steer them away? Not with bare hands, obviously…

5. Destroying Things: Not a big fan of constructive thinking? How about some destructive fun? Breaking windows and doors, hacking away loose tiles, cracking old furniture and walls (every home needs a do-over).

In conclusion, this is a tool for which you will definitely find a place, in your home or traveling pack. There are many uses for tomahawks since it is a multi-functional tool. I don’t use it outdoors, but I do practice throwing and I have loads of fun while doing it. For whichever job you find it worthy, the tomahawk sure has a lot of practicality.

How to Throw a Tomahawk in Real Life?