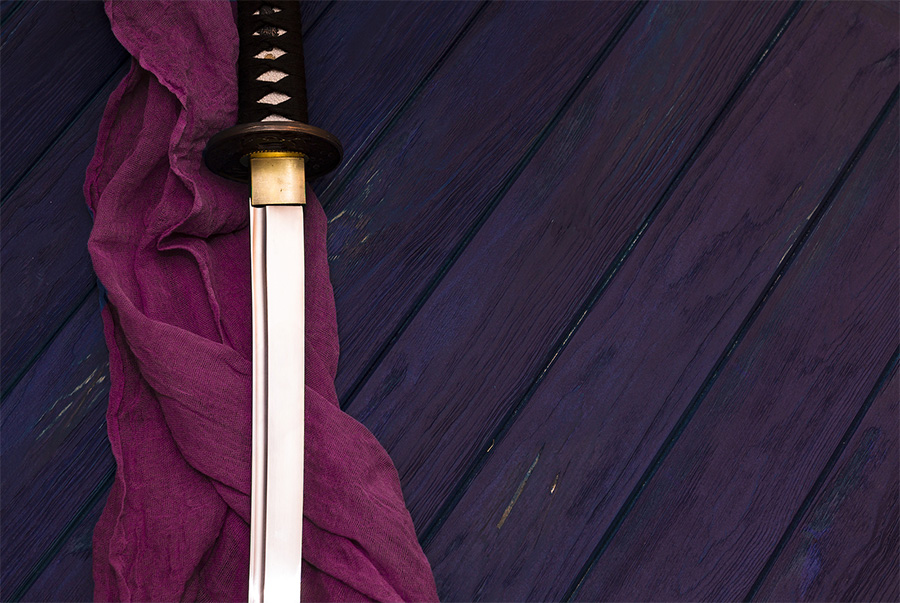 The legends of the samurai and their katanas have spread far and wide through popular culture, movies, and anime. Because it’s such a popular blade, we are going to make a top-five list of the best samurai swords ever made, both in Japanese history and in modern times.

But how did these amazing weapons achieve this popularity? Most likely from movies which introduce a drop of mysticism into our mundane lives. But there are truly legendary Japanese swords, many of which have gained the status of Japan’s National Treasures. Check them out in the second section of this article.

With so many amazing options, katana styles, designs, and colors, deciding which sword to buy can become a daunting task. I know this because I go through it whenever I need to invest big money in swords, training equipment, even when I had to buy a laptop. Often times I held myself back, frozen in fear of making the wrong buying decision and regretting it later.

Are you in a hurry or on a budget? Check out this review article where I compared easy budget swords on quality, for those who don’t want to spend a fortune on their first katana.

But I did learn what to look for in a samurai sword to feel certain it’s the real deal. I decided to compile a list of the best samurai swords ever made by modern standards. Some of these are hand-made, others are mass-produced. But all of them are of top-quality. Even if some katanas are very expensive (usually the hand-made models), I included cheaper options.

This amazing T-10 katana comes with a big surprise! Actually, with two surprises: an equally durable wakizashi sword, and a sturdy tanto knife (this product is a complete set of all three). You can order them separately, but a set of T-10 blades should not be overlooked.

Given the steel durability, the clay tempering, the quality fittings, and the additional short sword and tanto, I can understand why it is priced the way it is. Check out the latest Amazon price, user reviews and related questions on this link.

Hand-forged katanas are more expensive than their mass-produced counterparts. But you get a much nicer, personalized sword, with a real hamon pattern. This model is fully hand-forged, with genuine ray-skin and silk. The blade is full-tang, really sharp, and battle-ready.

Steel Quality. L6 Bainite is an amazing, super-tough steel. It is truly one of the best options for katana blades. Even though it is not forged using the traditional folding technique, the nature of this material grants the Oni katana incredible characteristics: strength, cutting ability, flexibility (it scores highly in these categories). It is quite springy – good for shock-absorption and durability.

The blade cuts normal practice targets with ease! The edge is much harder than the spine, so it will keep its sharpness regardless of how much you practice and train. And it won’t break because of the soft, flexible spine! This is the magic of differential hardening.

The artistic design theme draws inspiration from traditional Japanese lore. It features an Oni demon both on the tsuba guard and on the menuki.

Compared to regular katanas, this is a beast, not only because of how sharp and tough it actually is but the sheer size and weight… It is easily one of the larger samurai swords on the market – reaching up to 44 inches (111 cm).

Super-strong, sharp, and long. What else could you ask for in a top-quality, practical sword? For the spiced-up price, it offers an amazing array of useful properties.

Check out this Amazon link to see what small flaws some of the users found, in their reviews.

Best Samurai Swords Ever Made in History

While this is not an all-inclusive list of the best samurai swords ever made, we looked at historically relevant blades with storied pasts or fantastical legends surrounding their creation, use, or current whereabouts.

Japanese folklore is rich and colorful, so there won’t be a shortage of stories. From the swords surrendered after the Second World War to the heroic blades that slew horrible monsters, these legendary weapons have captured people’s imaginations for centuries.

Since Japan opened up to the Western world, engaging in trade, migration, dialog, and exchange, its cultural imprint on Western movies and media has been astounding. So, here is a list of the best samurai sword ever made during the historical period of the samurai.

Easily the most famous and infamous sword on this list is the legendary Masamune blade, named Honjo Masamune. Clearly, the name comes from its renowned creator, the swordsmith Goro Nyudo Masamune. Recognized as Japan’s greatest sword maker, Masamune was producing weapons between 1264–1343 AD.

His swords are prized as the most beautiful katana ever made. He is known for beating his contemporary rival, Muramasa, time and again, with the most famous story being the river test.

As the story goes, the bladesmiths were comparing their works of art, by lowering the swords downstream in the water, to determine which blade could cut more of the incoming material.

Muramasa‘s blade sliced through logs and leaves and mercilessly slew every living thing coming its way. Masamune’s sword was equally matched in sharpness but did not harm the innocent fish and water bugs.

A passing monk determined that since Masamune’s sword, when dipped in the river, only cut the passing leaves, sparing fish and other animals from being harmed, the sword was benevolent. Muramasa’s sword was deemed evil since it destroyed anything that crossed its path. This was a merciless, cursed weapon.

Masamune was made legendary in part by the stories behind his work as a swordsmith, as well as their glaring beauty. These swords were created using crystals embedded in the steel that reflected a star-like metallic sparkle. He is said to have perfected this technique, known as “nie” or martensitic crystals embedded in the pearlite matrix, used to create this unique shimmer.

The first part of the blade’s name, Honjo Masamune, was adopted from one of its earliest owners, Honjo Shigenaga. He was a Japanese samurai who lived from the Azuchi–Momoyama period through to the Edo period. During a battle, he was challenged to a duel by an enemy general who owned the sword initially. Shingenaga’s helmet was cleaved in half during the duel, but he was the victor, claiming the sword as his own.

Since then, the sword was passed from owner to owner, finally landing in the hands of the Tokugawa family. After WWII, Japanese families were ordered to surrender their family weapons, including any and all heirloom katanas, probably as war prizes.

The Allies destroyed many of these priceless swords, but the Honjo Masamune was said to have been given to a mysterious Allied sergeant by the name of Coldy Bimore, of whom there is no record. This infamous sword is currently missing, with many hopeful historians and weapons enthusiasts believing that it will be found someday.

The ruling completely changed our perception of guilt – it became evident that even during war-time, there are certain orders, so horrendous, they are inexcusable and should not be carried out even under pain of death. It changed the way we view human nature and crimes of war, according to US law.

This controversial trial centered on the war crimes of Yamashita’s troops, even though no evidence was found of him knowing about those crimes. Even though he claimed that he was obeying orders from his superiors.

During his military career, he owned a blade made by another famous swordsmith named Fujiwara Kanenaga. This katana was manufactured sometime between 1640 and 1680. After his execution, it was taken by General Douglas MacArthur and given to the West Point Military Museum, where it is still housed today.

3. The Five Swords Under Heaven

Also known as the Tenko Goken, the Five Swords Under Heaven are regarded by experts as some of the most beautiful katanas in existence. These are Japanese blades, three of which are National Treasures of Japan, one belongs to the Imperial court, and the fifth sword is a holy relic.

The most prized of the group is the Mikazuki Munechika, forged by the Japanese sword maker, Sanjo Munechika, in the late 10th century. Bearing his name, this sword is his ultimate masterwork.

Mikazuki (the rest of this katana’s name) comes from its distinct “crescent moon” shape and deep sori curvature. Its trademark shape was accomplished during an extended and aggressive tempering and quenching process. The Mikazuki Munechika has crescent moon shapes and markings formed on the blade. One legend suggests that the sword was blessed by the fertility god Inari.

The second of these five amazing swords is called Dojigiri. This tachi-style blade was forged between the 10-12th century and it belongs to the Tokyo National Museum. Some legends say this sword was wielded by the hero Minamoto no Yorimitsu, who killed the monster Shuten–Doji. This weapon is sometimes called the Yokozuna, or “grand champion of all Japanese swords” because of its age and historical value. It is one of the oldest katana in the world and it has an extremely high-quality, well-preserved blade.

Onimaru, Odenta, and Futatsu–mei are all tachi-swords and are considered as the three regalia blades of the Ashikaga clan’s Shoguns. One legend states that the Odenta katana healed the daughter of Toshiie. Onimaru moved on its own, killing an Oni demon who was trying to place a curse, thus giving this beautiful sword its name.

I provided a comprehensive list of the best samurai swords ever made, through history and in modern times. These are artworks and amazing combat weapons.

The ancient samurai swords are so rare, they are nearly priceless. If you ever have the chance of admiring a 1000 yeard-old katana in person, you are sure to be shocked by their silencing aura.

These incredible weapons and their storied past have surely added fuel to the mythical status of the samurai. From bloody reputations to magnificent craftsmanship, these ancient blades will remain the finest, most beautiful swords in the world.

Samurai Sword Anatomy: What are the Basic Katana Parts?